Double-Wristing: A Speedy Reason Why

Double-wristing, or going “Schwarzkopf” is often the result of a watch enthusiast’s refusal to pick just one favourite, especially for an event. However in a historic space flight context it makes a lot more sense.

Seen in countless NASA photographs, ageing museum Speedmasters and more recently on a certain auctioned space-flown Bulova, the accompanying hook and loop strap was actually designed and utilised as a means of mounting a variety of wrist worn instruments. This included the Personal Radiation Dosimeter which resembled a giant eraser, the infamously “customised” Apollo 12 EVA checklists, and of course the well proven and iconic Speedmaster Professional.

In much the same way that a combination of the above items could be realistically wrist mounted together, wearing 2 timepieces as a means of back up or dual simultaneous tracking makes sense and was evidently employed by the photos of Pete Conrad and Gordon Cooper on board USS Lake Champlain at the 1965 conclusion of the Gemini V mission where the former is seen to have worn a total of 3 pieces, one of which is widely speculated to be a Glycine Airman. (Photo from NASA). 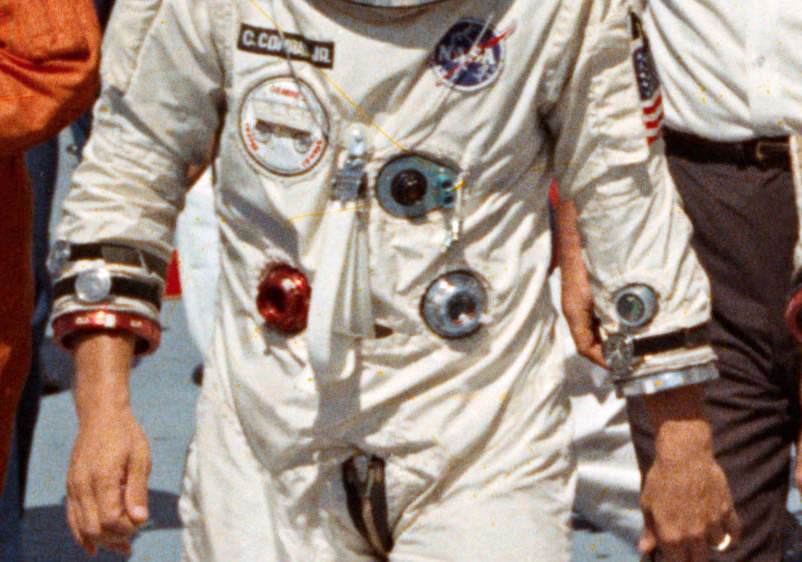 Like many of you, we have also watched and rewatched the 1995 movie “Apollo 13” where Bill Paxton excellently portrays Fred Haise and is seen to double-wrist a pair of Speedmaster Professionals on a shorter hook and loop strap. 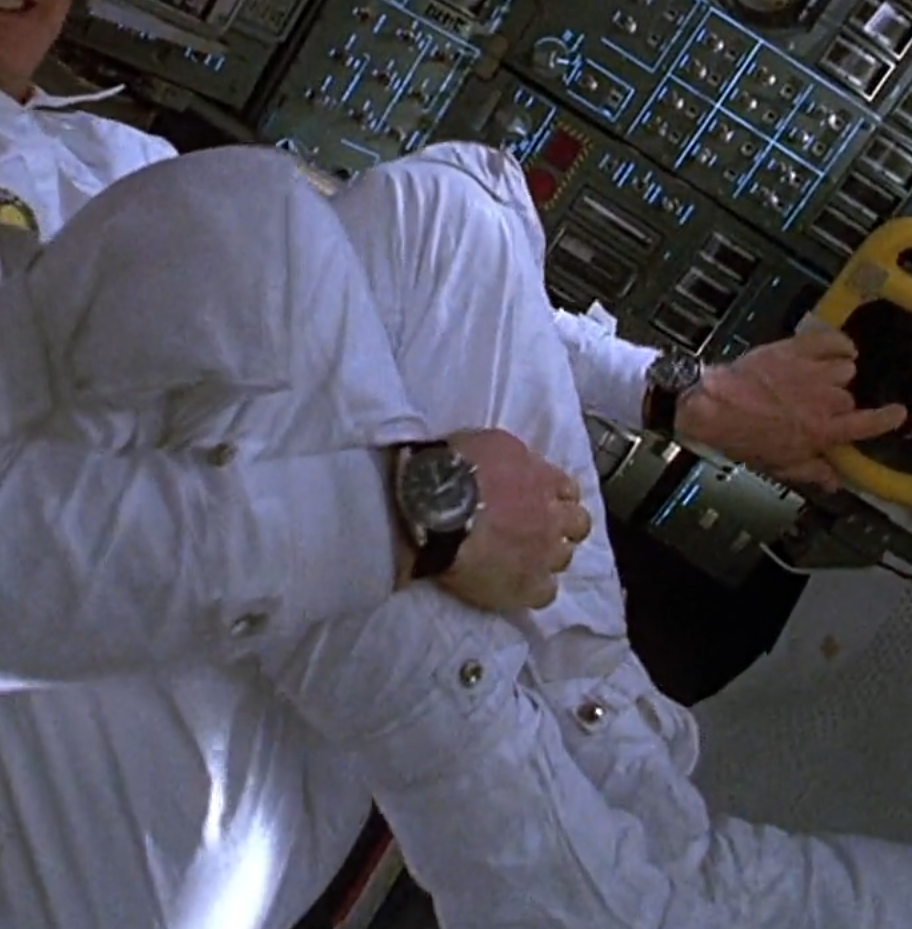 So the next time you fuel your Saturn V, or coordinate an Allied military operation, donning dual timepieces might just make sense. Otherwise, pulling off the double-wrist look might still remain as hard as achieving earth orbit. But then again why not reach for the stars and have your cake? (or a 1973 Apollo 17 Fortified Fruitcake ration in this case). 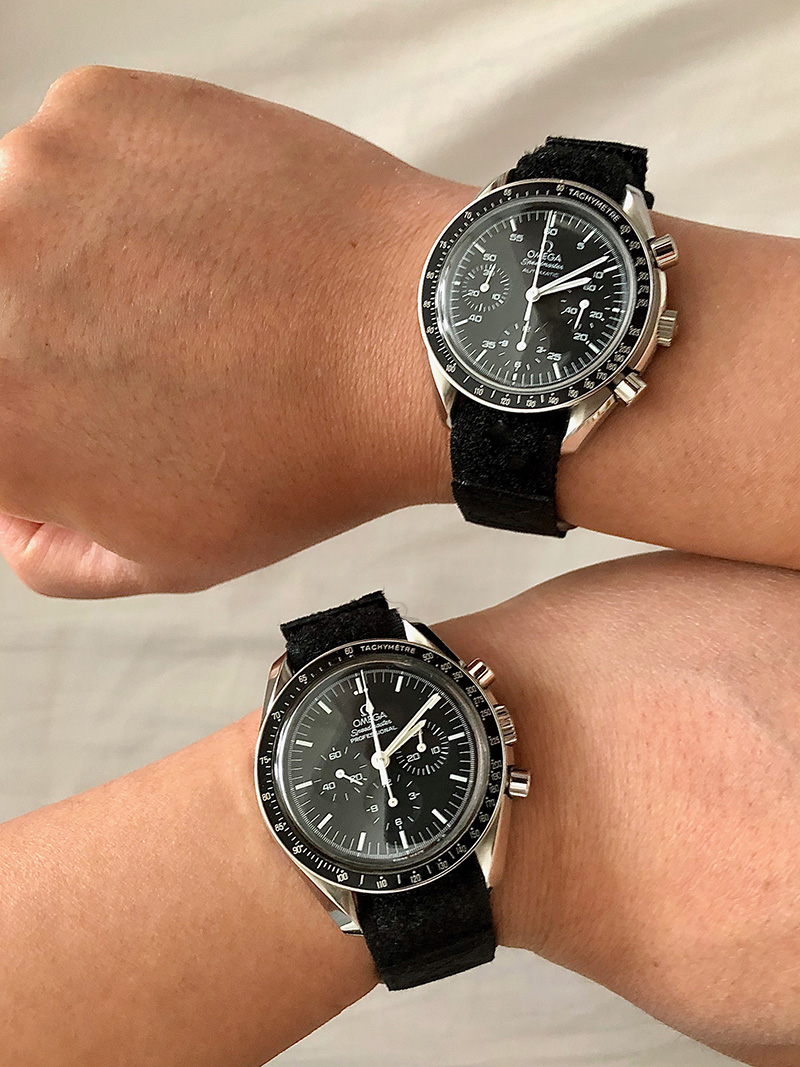