The Legacy of Radium Beyond Lume

Whether you chase chunky peanut butter lume, or don’t mind modern fauxtina, the use of Radium luminous paint is a fascinating legacy of chemical coordination and a further insight into the character of vintage military time pieces.

Unlike modern Luminova, Radium originally glowed constantly, but its luminescent brilliance would eventually diminish inside a decade as the Radium-266 depleted the zinc sulphide it was mixed with.

Although appearing inert, its gamma ray emitting 1600 year half life remains very active, with the caramel brown patina gained over the 70-100 years since production being sought after and treasured by watch collectors.

Radium was eventually phased out by the early 60s as its harmful effects came to be known. But in the early 20th century when knowledge of its dangers was still limited, it saw widespread and unregulated use in commercial products, with perhaps Radithor being one of the most infamous examples universally gasped at today.

The 1920s equivalent of an energy drink, Radithor Radioactive Water was a patent medicine born from the lack of understanding and immense fascination of Radium, along with the supposed holistic benefits of radiation. Advertised as “Perpetual Sunshine”, it was in fact a placebo which slowly irradiated the drinker resulting in similar effects made known by the story of the “Radium Girls”.

So just like fauxtina lume, we decided to make a safe modern reproduction; a conversation piece and novel curio for those who appreciate the scientific history of Radium and its alarming medical application beyond the prized peanut butter lume we know today. 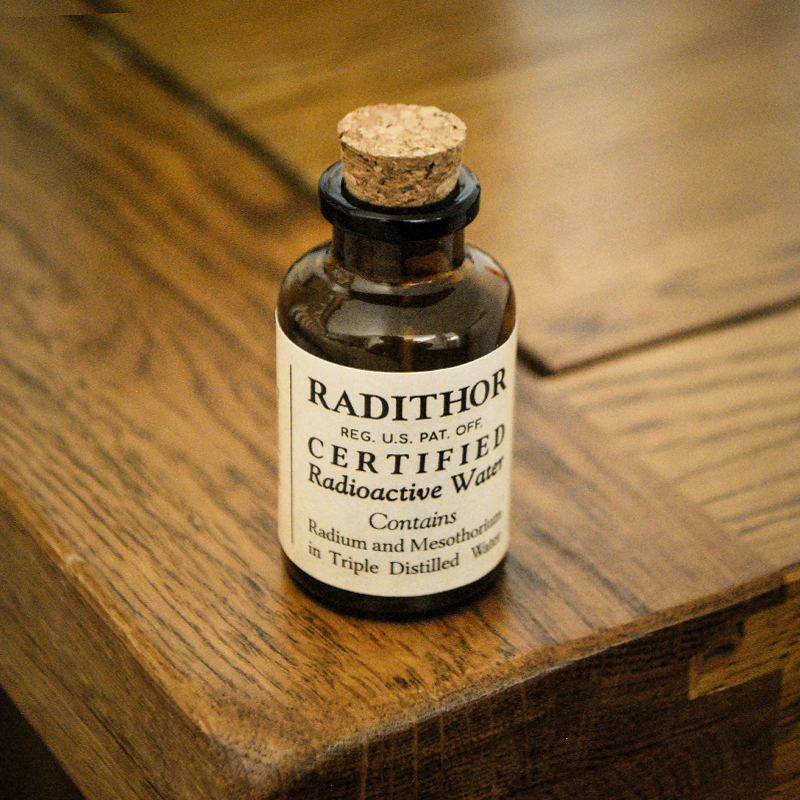