The modern Omega Speedmaster Professional is a continuation of the original space flown chronograph with a few minor but well documented differences such as the movement calibre, logo style and Tachymeter "70" dot etc.

For space enthusiasts, having the chance to strap a faithful representation of this legendary mission tool to the wrist conjures emotions of exploration and ingenuity through its long history and continuing service in space flight.

Having owned one for a couple of years, the size, markings and feel has become very familiar, as with other "keeper" pieces we wear often. Glancing down at the wrist, I have always wondered if Buzz had felt the same familiarity on the Apollo 11 EVA (or who ever made it go missing since for that matter!). With the recently concluded "Moon" exhibition at the National Maritime Museum, I was finally able to answer that, with the privilege to marvel over the actual Speedmaster worn by Charles "Pete" Conrad on the Apollo 12 mission when the watch was briefly loaned to London, from the Smithsonian National Air and Space Museum in DC.

Set up to celebrate the Apollo 11 50 Year Anniversary, the exhibition contained an excellently presented account of our understanding of the moon and its meaning. However the highlight for us was certainly the NASA equipment displays and the Speedmaster itself, seemingly overlooked by the other visitors. Having the luxury to float over it at length, the friendly recognition of its familiar pushers and perfectly proportioned markings brought a connective warmth of ownership and meaning beyond a mechanical tool watch. And perhaps this is what makes it, and other historic watches, more than just a watch. 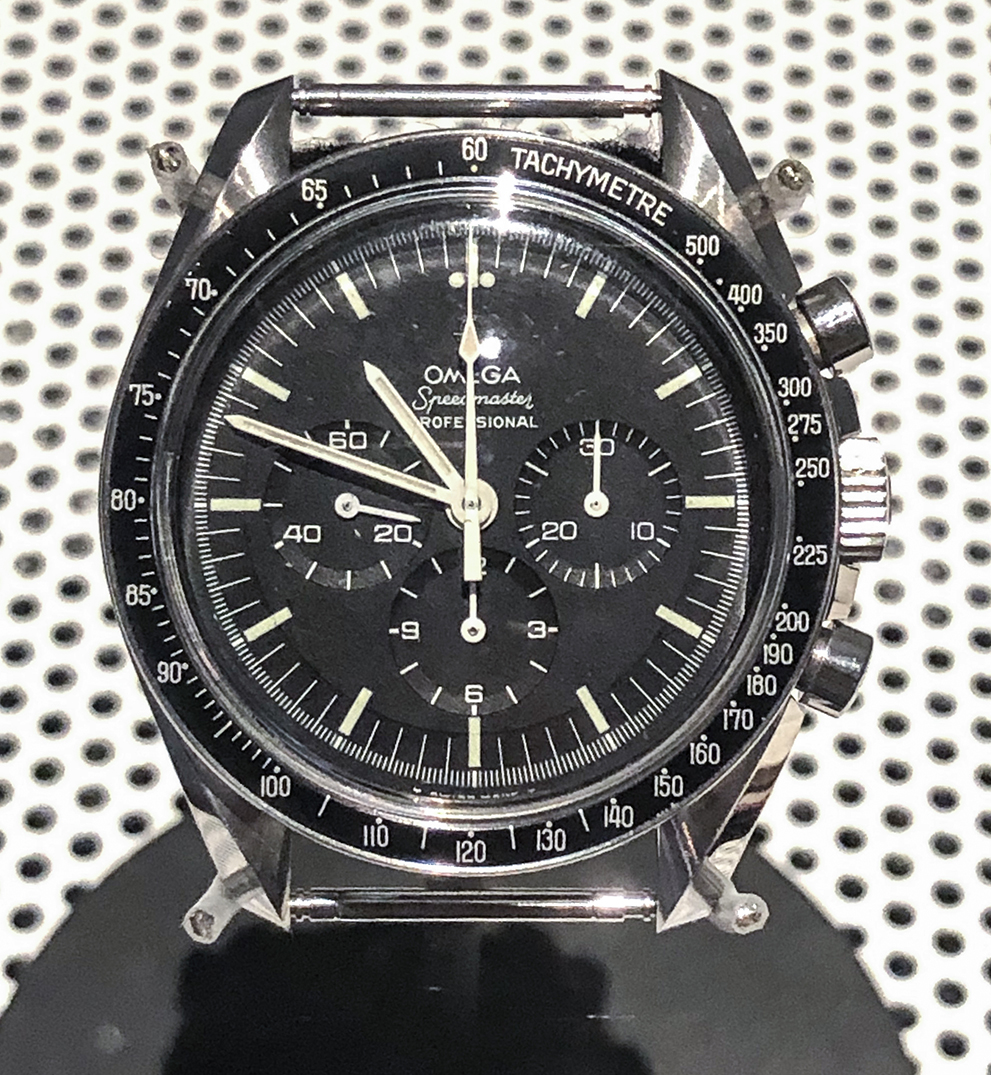 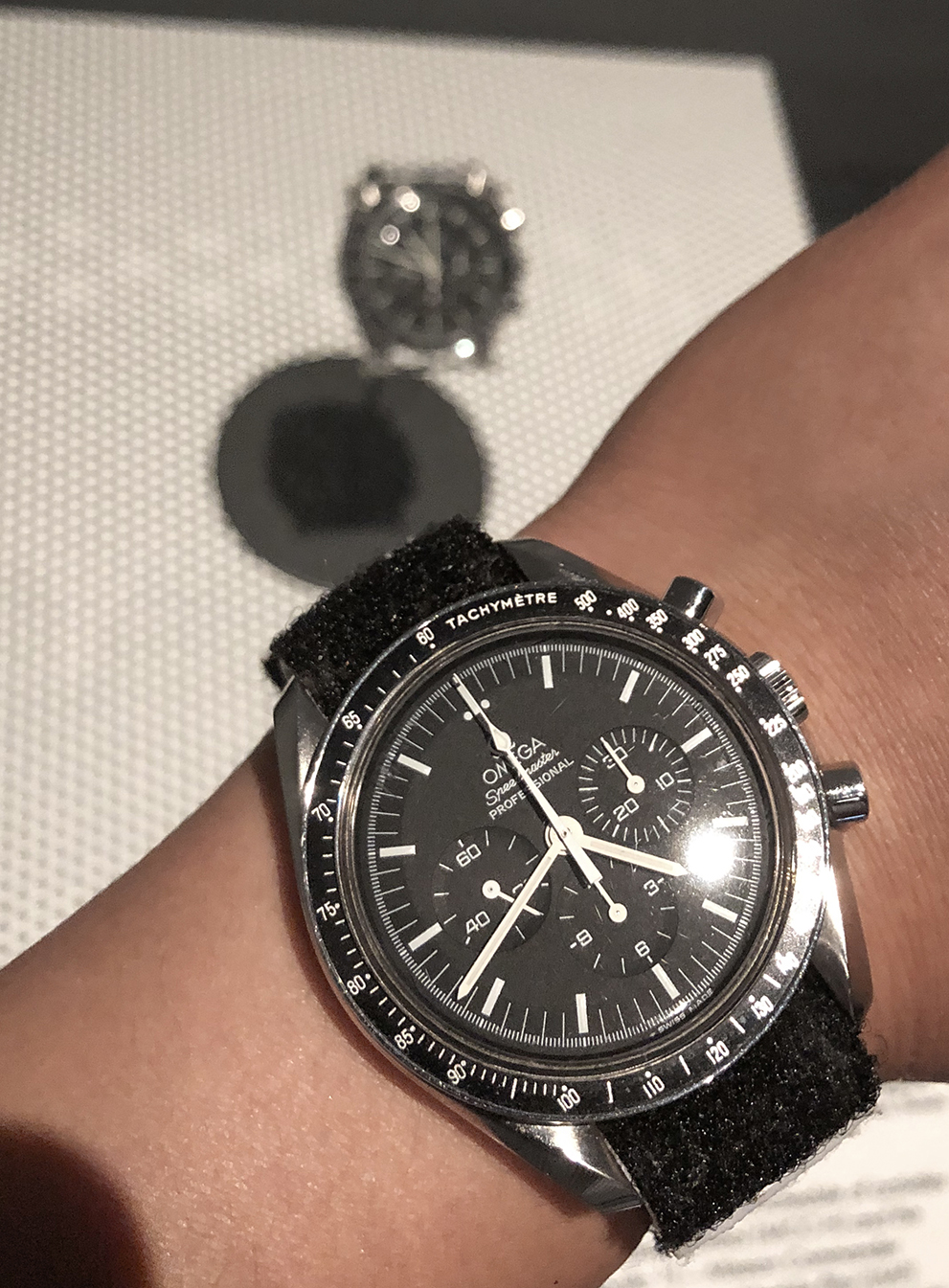 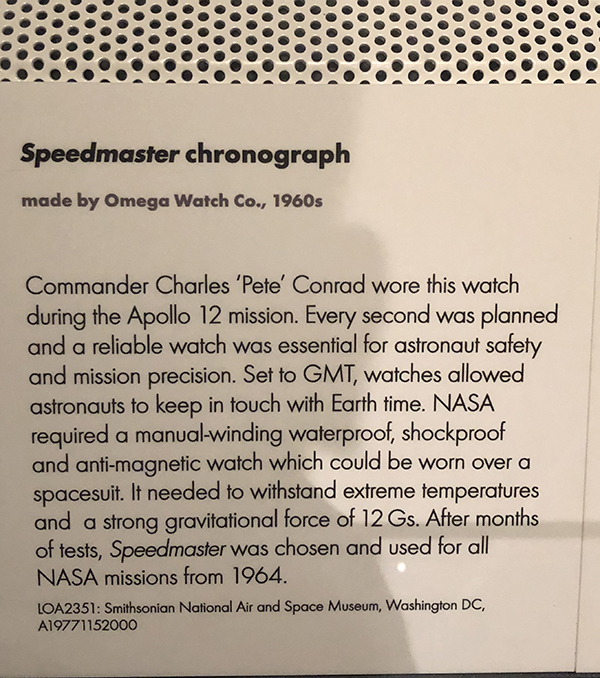