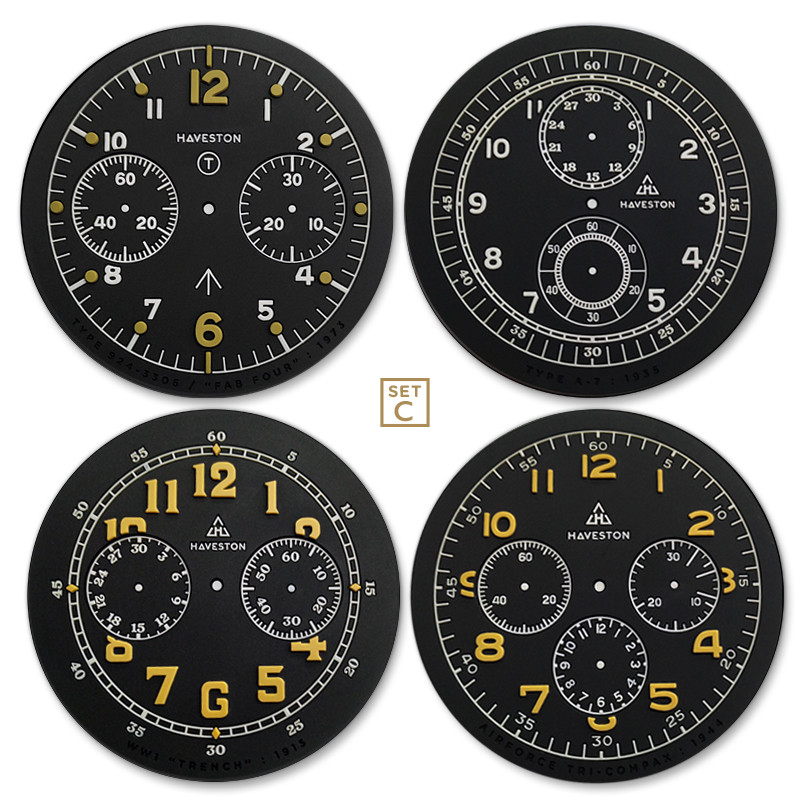 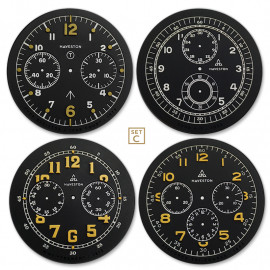 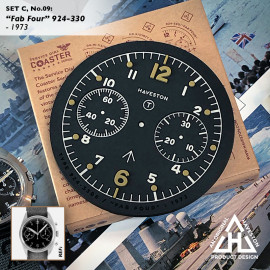 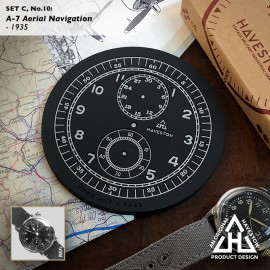 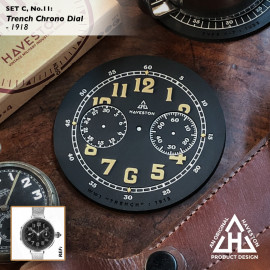 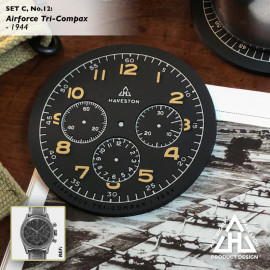 The Service Dial Coaster Series features a selection of the most iconic vintage military dial designs which have been documented and revered by watch collectors for their history, aesthetic and service.

10% OFF ORDERS OF 2 OR MORE STRAPS WITH CODE: FIELDSET

FREE SHIPPING FOR ORDERS OVER $22

Constructed from detailed heat resistant silicone, each coaster closely conveys the character of its namesake design, and serves perfectly as a soft valet placement on which to rest your timepiece, or as a base to relax your beverage.

Commissioned by the U.K. MOD in the 1970s, it utilised a readily available commercial ETA-7733 Chronograph movement and was illuminated by tritium paint. Departing from previous Lemania powered monopusher movements, the dual pushers allowed stop and resume of elapsed time.

Commissioned for the US Army Airforce in the 1930s, the A-7 monopusher chronograph had a huge 49mm case with a deliberately 40 degrees offset, non illuminated dial for easier reading while holding the flying yolk.

With distinctive WW1 radium illuminated “gothic” style numerals,  chronographs of this era were often found in monopusher pocket watch form. For efficient legibility, Roman numerals were being phased out in preference of arabic, with the enamel dial having a black base for higher contrast.

Unlike most bi-compax chronographs of the period, the addition of a third subsidiary register allowed the recording of elapsed time beyond an hour. A  now familiar and optimum stage of chronograph dial design.

Explore Set-A and B for a selection of 8 more iconic vintage military dial designs. 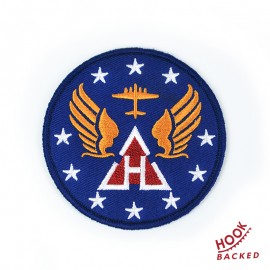 $9.35
A limited edition insignia patch inspired by the timeless era of 1940s military aviation before the establishment of a seperate branch of the... 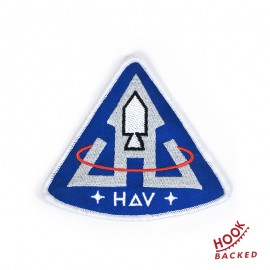 $9.35
A limited edition mission patch inspired by the pioneering era of manned space travel and the creation of individual mission insignia to... 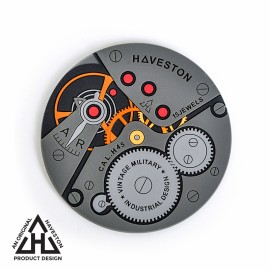 $16.45
An original Haveston product design: . Designed to capture the horological artistry of an exhibition caseback, the Cal. H45 Coaster... 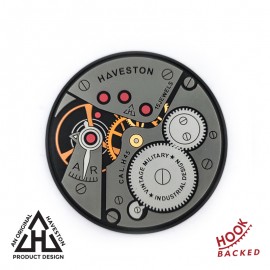 $9.35
An original Haveston product design: . Designed to capture the horological artistry of an exhibition caseback, the Cal. H45 Patch... 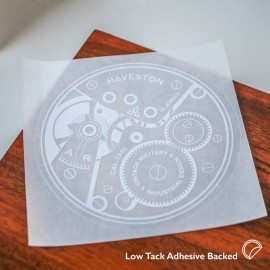 $3.76
An original Haveston product design: . Presenting the popular H.45 movement design  in an  inverted white ink form on a clear... 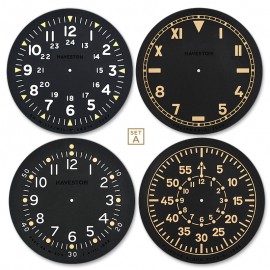 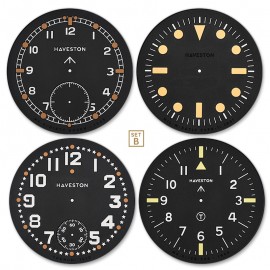 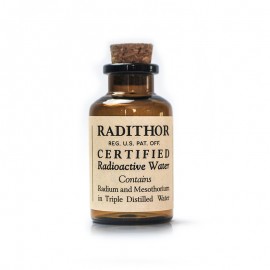 $14.35
A modern reproduction of the infamous and historical Radithor Radioactive Water from the era that also gave us the vintage radium lume that watch... 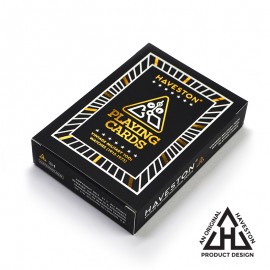 From $24.30
An original Haveston design: . Inspired by WWII aircraft spotter cards, the TR 9-1575 deck assembles a comprehensive collection of coveted... 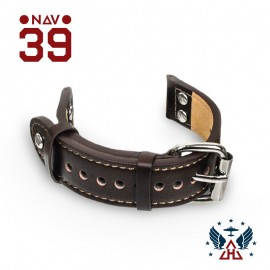 The Navigation-39 strap is inspired by an era of rapid...